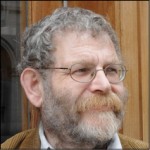 The symposium on audiovisual creative practice held at Roehampton University on June 14th, ‘Image Movement Story’, threw up an issue that reflects the incoherence of the research policies that fund our activities. On the one hand, judging from the wide range of projects under discussion, including work by supervisors of creative practice PhDs as well as their students, the sector is in rude health. On the other, as Erik Knudsen, Professor of Film Practice at the University of Salford, pointed out in his keynote, the research council is now disbursing more money to fewer projects than it used to. Why is this a problem? Because what the sector is now achieving is in good part the result of years of nurturing it through a range of small research grants, which have largely disappeared with the new emphasis on large scale collaborative projects with the potential for something called ‘impact’ (which I’ve written about before: https://www.putneydebater.com/pointless-obstacles/). This leaves open the question of support for smaller projects, early career researchers, etc.—and the perennial problem of doctoral funding.

The kind of work we’re talking about arrived in academia by a variety of routes, and there’s no single model of how it can best be engaged, beyond the primary job of fostering communities of scholars, researchers and artists. For all the high tech, we’re talking about the domain of the aesthetic, where impetus comes from the sharing of individual imagination and creativity among the like-minded; and as John Cage would say, where nothing is a mistake, everything is an experiment, and rules are constantly being broken, even the ones we devise for ourselves. There is manifestly something decidedly anti-academic about this, yet paradoxically, what the academy almost uniquely provides is a space of reflective creative invention free from commercial pressures—a space in danger of being eroded through suspect directives and manipulation of the criteria by which the funds are awarded. 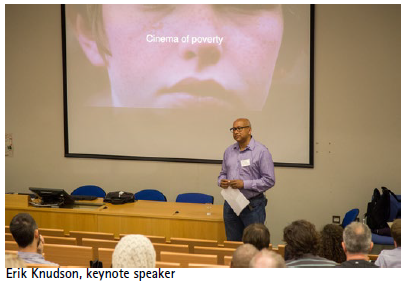 Of course I’m not an impartial observer. In the last dozen years I’ve made five long form documentaries with academic funding, none of which cost more than £15K-£20K, and all involving some form of collaboration with people who weren’t filmmakers, academics or otherwise. One advantage of working within academic institutions is all the things that don’t have to be included in your budget—accountants, lawyers, insurance, photocopies, what-have-you—because the institution provides them. In fact, in this age of zero-budget filmmaking, it can be done for even less, as our students know, although they also know that zero-budget is a misnomer: it really means that you have to wangle expenses from here or there or pay the incidentals out of your own pocket, not to mention finding willing collaborators. What’s evolved is an ad hoc system for cobbling together minimal funds from varied sources. Perhaps it was ever thus. 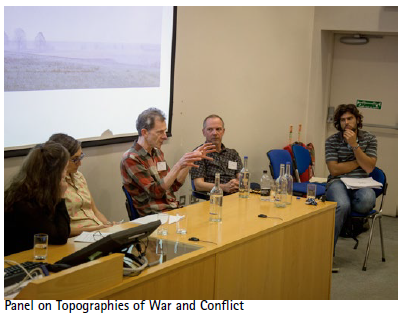 What’s remarkable is that the field has grown even without proper funding for doctoral study—but then the same thing has been happening outside the academy, and for the same reason: the opportunities created by the technological revolution of the digital. The trouble is these opportunities pull in quite different directions. The managerialists have a purely instrumentalist and therefore reductive attitude to what research in creative practice might mean in this context, which they are driven by distorted government policy to see in terms of someone’s market advantage. The ethos of the researchers, if the June gathering serves as a fair sample, eschews such instrumentalism and seeks to mobilise digital technologies to resist the commodification of experience. If you want it in academese, the overarching research question is how to use the digital as a field of social engagement, to connect directly with the curiosity, imagination, feeling and intelligence of an audience in the new free spaces beyond and outside the confines of the market for mobile consumer electronics through which these spaces are accessed. Something like that. Or in simple terms, as Erik put it in his keynote, he became a filmmaker because he wanted to participate in changing the world.

The day’s first panel was comprised of three doctoral students from a unique (and now discontinued) programme at the University of Edinburgh under the rubric of transdisciplinary documentary, where students brought expertise from other disciplines to the documentary endeavour. Partly the panel impressed me because of this transdisciplinarity, which answers to a crucial but neglected issue in documentary pedagogy: precisely that of research, which is not just a matter of appropriate academic rigour. Research for the rich audio-visual artefact of the documentary is a different animal: it has to be cross-disciplinary, interdisciplinary, transdisciplinary and even anti-disciplinary, breaking out of disciplinary boundaries altogether to connect with the human subject in the lens. One example was Yasmin Fedda, who brought peace studies to bear on the situation in Syria, where she filmed A Tale of Two Syrias in 2010. But perhaps the paradigm for this approach was a project by a film-making linguistic anthropologist, Alastair Cole, whose English Came by Boat (www.tonguetiedfilms.co.uk) was shot in a primary school in Zambia, a country with 72 ethnic languages, seven national languages and one official language. This is cutting-edge stuff in both areas. It is not only an experiment in multilingual film-making (the clip we saw suggested a polyglot Etre y Avoir, where pupils speak one language, the teacher another, and exams are conducted in a third), but also challenges traditional Eurocentric ideas in sociolinguistics around concepts like ‘mother tongue’ and homogenous monolingual ethnic communities.

The second panel introduced a theme which rang more and more strongly throughout the day, namely, the recuperation of memory through the digital image. This also means a certain focus on the use of found images and the exploration of archives, which broadens into the problematics of history on and through the screen. We know that the recontextualisation of the past belongs to a struggle over history and memory as terrains of social, cultural and ideological contention. It’s going on around us as we speak with the commemorations of the two world wars, which duly made several appearances at the symposium. We heard about WWI in a double work, Changing the Landscape, by artist Sarah Kogan and video artist Jeremy Bubb, my colleague at Roehampton who convened the symposium together with Paul Antick. Paul, a photographer, contributed a show-and-tell of a documentary-fiction project which took us out the other side of WWII to post-war Malaya. Ian Wiblin spoke about an experimental documentary made with Anthea Kennedy, The View from Our House, which starts out from a memory of Berlin in the 30s recalled by Kennedy’s elderly aunt, then a young Jewish photographer. All these works offer spaces of contemplation to counteract the mythologising and hegemonic triumphalism of the big media.

Next up, Helen Bendon’s project Raising Stories gave ‘pulling the past into the present’ another dimension. Carried out in collaboration with the Royal Airforce Museum, this revolves around a WWII German Bomber which was recently discovered in the Goodwin Sands off the Kent coast and raised by the Museum. A sophisticated exercise in locative media, which places a virtual airplane in real locations (download the app here).

Ghost Town is an interactive multimedia piece which constructs a ‘deep map’ (in Michael Shanks’ term) of an inner city estate in London undergoing massively disruptive redevelopment. It builds on Enrica’s beautifully elegiac film about the Heygate Estate, Home Sweet Home, but notice that interactive in this context is a technical term and not at all the same as in Bill Nichols’ famous typology of documentary (which might be applied to the film). Here it means clicking your way through the open structure of a non-linear documentary artefact built on a database framework—an ‘open work’, as Enrica reminded us, in the sense long ago described by Umberto Eco. This is also a highly experimental field, partly because the technical means are fluid and evolving. 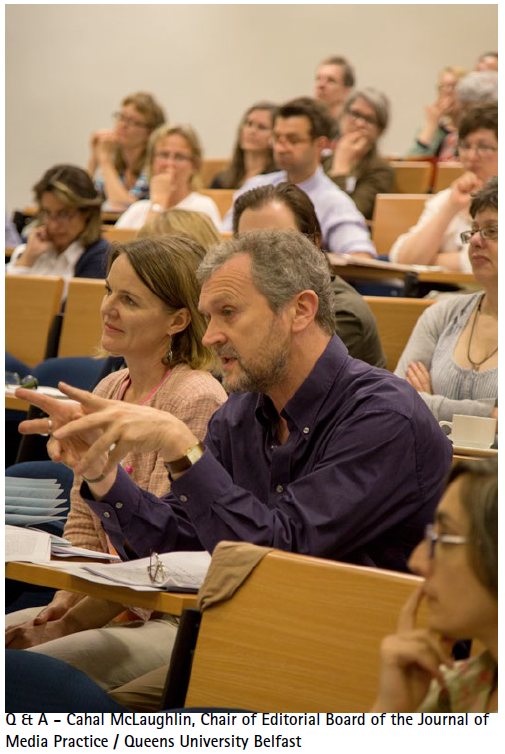 The Northern Lights project is completely different, in that its core element is a feature documentary, but it suggests the database model because it was edited from 1500 individual submissions in response to a public invitation to submit video footage for a collective self-portrait of Scotland. But it really points in another direction, because although it ended up in cinemas—the first ever Scottish documentary to get a commercial release in the country—it offers a model of another new element in the equation, the crowd-sourcing which is native to social networking. But it’s an example that doesn’t remain in the virtual world, it is also community building in the tangible ground-level world.

The day ended with a fascinating roundtable about a singularly provocative documentary which took shape in the academy and ended up being nominated for an Oscar, The Act of Killing.

For the full version of this article visit: https://www.putneydebater.com/thinking-creative-practice-on-campus/

For further information on the Practice network please visit our Facebook site:
https://www.facebook.com/groups/124589234295839/

If you are interested in hosting an event or are looking for support for an existing event please contact:
Joanna Callaghan,
j.callaghan@sussex.ac.uk