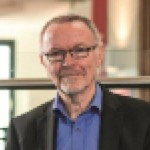 A number of my academic colleagues and friends are worried about Prevent. Amongst MeCCSA members there is probably quite a high level of worry. At the end of last year, as universities were establishing policies and procedures to meet the new Prevent requirements, there was a flurry of emails to the MeCCSA list declaring worry about it all. But – and MeCCSA members should be especially well-placed to remember this – we know that people finding common cause in a shared anxiety doesn’t always produce good results. This may be especially so when the apparent source of their anxiety is not in their own direct experience but in what they read or hear or talk about. A sense of threat can easily emerge and become normative in a particular milieu or habitus, whether or not most people have had any direct experience or evidence of it. And even more so when the definition of that threat, whatever it is, fits comfortably into a prior world-view which many people may hold or default to. Then we have the conditions for anxiety-driven groupthink to take hold, and we have, for example, hostility building up towards generically-defined others.

I am wasting words here, rehearsing this familiar model in a publication like Three-D. Let’s get on to Prevent. What are people worried about in relation to Prevent? There are two strands to this governmental counter-radicalisation programme. One is about the identification of individuals vulnerable to ‘radicalisation’ (a strange and unfortunate appropriation of a term with a complex semantic history and many positive associations), so that interventions which might turn them away from that path can be initiated. These are enormously difficult tasks. It is easy to imagine how, despite the task being pursued with the best of intentions, inappropriate referrals to the panels charged with deciding on interventions might sometimes be made, and the whole process is easily satirised, especially when guidance on implementation includes checklists of ‘warning signs’.

Moreover, in the effort to evade the charge of thought policing, a questionable language of ‘protecting the vulnerable’ drawn from health and social services has been adopted, which may at times obscure the fact that this is mainly a security-driven process aimed ultimately at protecting the public from hazards such as indiscriminate mass murder. At the same time, however, we have mounting evidence of a major mental health dimension in many cases of contemporary terrorist violence, and there is a strong rationale for the preventive value of certain kinds of intervention. Might the 77 people who were killed by Anders Breivik be alive today if his profound emotional disturbance had earlier been moderated by therapeutic help of some sort? (His very troubled family had come to the attention of the relevant services but they were unable to pursue a long-term intervention.) To ask this question is not to deny the role of the societal drivers of terror. Rather it is to try and explain why only some individuals are vulnerable to being recruited to totalitarian causes.

It is sometimes asserted that Prevent, in its attempts to identify such individuals, ‘criminalises’ Muslim communities. This assertion is consistently unaccompanied by evidence. Those implementing Prevent go to some lengths to try and avoid such an impression. Some people nonetheless feel this is the programme’s intention, or effect, and some will report that they do feel ‘criminalised’ by it. Such reports must be respected and responded to, but cannot be reason to set aside a policy if they reflect understandable but false belief. There is in any event a problem here with what is meant by ‘criminalisation’.

The second strand of Prevent concerns the management of events on campus. Here the prospects for effective interventions are less daunting. Their main aim is to ensure that universities do not provide unchallenged platforms to speakers who promote views which may facilitate the development amongst some individuals of violent extremism or support for it. Such extremism today comes in two main varieties, violent takfiri Islamism and neo-Nazism, both of which seek to crush violently all values but their own. As public institutions representing the values of freedom of speech and thought, universities must act to prevent attacks on those freedoms being conducted on their premises. While any censorship or close management of events must be undertaken very carefully, there is, as far as I am aware, no evidence that implementation of Prevent in universities has produced any silencing of debate or suppression of democratic freedoms. Is there any such evidence?

Without it, we ought to be less worried than some colleagues seem to be. Is there good reason to suppose many such cases will occur in future? Only if we believe that university managements, in pursuit of their mission statements, would want to suppress the freedoms which citizens of liberal democracies can expect to enjoy. The idea that behind all the effort expended on KPIs and brandspeak, senior managers are committed to programmes of counterproductive illiberal repression is not convincing.

I would like to be worried about the same things that my colleagues are worried about. There’s a comfort to be had in shared worrying, and there’s plenty of important worrying for academics to do. Personally, I could almost compete with Fred Inglis in worrying about the wretched marketisation of the HE sector. But here is an opportunity to find one thing less to worry about. Prevent policies need to be pursued with an understanding of the complexities of violent extremism, and with tactful commitment to inclusivity. There may be occasional mistakes and controversy, but let’s save our serious worrying for other things. Unless, that is, clear evidence emerges that the policy is corroding democratic freedoms, and free-floating worry would have something to fix on.