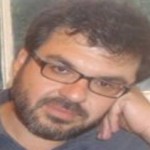 In a recent interview to the Daily Mail Sir Michael Parkinson, the veteran talk-show host, said that media studies is a ‘mickey mouse’ degree and that students would be better off learning ‘on the job’. These pronouncements reveal what must surely feel like a chasm between media and cultural studies as academic disciplines and media as an industry beholden to, and controlled by, important national and transnational business interests. Whilst Parkinson’s pronouncements are predicated on the ruthless logic of the market – fast, favourable return on investment (ROI) – we should not lose sight of the fact that they generally reflect the spirit of the government’s White Paper on Higher Education, ‘Success as Knowledge Economy’ (BIS, 2016). The emphasis of this paper is on promoting employability, increasing student choice, creating a competitive market and so on. In what follows I highlight a perceived dichotomy between media as a locus of intellectual inquiry and media as an industry, and argue for the need to re-evaluate our commitment to both so as to insure our society against some truly alarming developments.

The recklessness (if not insidiousness) of ‘Success as Knowledge’ has been thoroughly scrutinised by John Holmwood (Nottingham), Tom Hickey (Brighton), Rachel Cohen (City), and Sean Walls (UCL) in ‘The Alternative White Paper for Higher Education’ (2016). Whilst the former seeks to create a HE sector that promotes ‘employability’ and ‘competition’, in the latter Holmwood et al. argue that universities ought to promote education, facilitate analysis of social and scientific challenges, and carry out independent research into society and science with a view to enhancing democratic debate (Holmwood et al., 2016: 3). At no point is the term ‘employability’ mentioned as central to the societal functions of HE. This is not because the authors overlook the material basis of our socio-political organisation, or because they speak from within the cloisters of their ivory towers. It is because they have correctly identified that this government’s ‘ideological predisposition towards the market and its supposed benefits to consumers, […] appears to have no vision of Higher Education and its benefits to students and to the whole of society’ (ibid.). One of the most worrying aspects of the government’s paper is that it wilfully neglects the importance of HE in promoting critical engagement and democratic debate among citizens. A student population saddled with an average debt of £44,000 – which will only increase when the TEF comes into effect – is highly unlikely to concern itself with frivolities such as critical engagement, democratic debate and so on. In short, interpellated as consumers even before they start their working lives, the majority of our graduates leave university without a comprehensive understanding of their agency as citizens of a democratic polity.

Media and cultural studies finds itself in the middle of this ideological conflict and is, to be sure, under enormous pressure to conform to the dictates of the government (and the market). On the one hand, one can see the logic of Sir Michael’s argument: media is largely about finding a job (preferably in the media industry), so why spend three years and thousands of pounds studying Habermas, Williams and Hall? On the other hand, this wilfully impoverished approach loses sight of the fact that the media – both as an academic discipline and as an industry – ought to constitute the avant-garde of democratic engagement and control.

That this is by no means the case with our media industry is not because of the nature of media as a discipline, but because of the way in which the media industry has developed in the last three or so decades in the so called Euro-Atlantic world. In the US, six corporations own ninety per cent of all media outlets – this percentage was fifty-three in 1983; according to a report by the Media Reform Coalition, the same holds true for the UK where a handful of corporations dominate the media landscape. Of course, the pronounced lack of meaningful democratic control by our media industry is an issue I cannot fully analyse here, and, certainly, it is down to more complex factors than the unprecedented levels of concentration of media ownership reveal. That said, we can certainly suggest that a corporation’s perceived democratic duty would be realised only when and in so far as it served its business interests and those of its shareholders. This state of affairs becomes really problematic, however, when even PSBs such as the BBC and similar mainstream networks adopt the language and logic of the markets at the expense of exercising meaningful democratic control over those who rule us.

Only in the last two or so years, the ways in which mainstream media has covered important developments on the world stage – from the Brexit campaign and the rise of far-right sentiment across the UK to the tragedy of Syria and the plight of refugees at the shores of ‘Fortress Europe’ – suggests that our mainstream media industry cares a lot about the letter of democracy but precious little about its spirit. The fact that professional journalists are still baffled by the outcomes of the Brexit referendum and the US Presidential election should be worrying. Worrying, because it seems that even seasoned veterans do not (or cannot) understand the extent to which national and international electorates have been cast aside by the very socio-economic system our most revered journalists seem to so unquestionably (if not obsequiously) serve. From the treatment of Jeremy Corbyn and/or Bernie Sanders to the way they are covering the Trump phenomenon and the rise of far-right sentiment across Europe and the US, our so called mainstream media industry is guilty (at best) of short-sightedness and (at worst) of bias.

So, what is the role of media and cultural studies in this historical conjuncture? In Undoing the Demos (2015), the American political theorist Wendy Brown delineates the basic parameters of the neoliberal university, that is, the type of university that educates what she calls ‘human capital’. Central to Brown’s argument is that a HE sector that emphasises ‘employability’, builds human capital and promotes the language of the market at the expense of meaningful democratic debate essentially turns homo politicus into homo economicus. The latter is preoccupied with democracy but a type of ‘bare’ democracy that makes sense only in terms of numbers and metrics; this kind of ‘democracy’ is devoid of ethics, denuded of insight, bereft of prospect. It dispenses at its peril with frivolities like ‘equality’, ‘justice’, social cohesion’. At the risk of sounding repetitive, how can a student who is thousands of pounds in debt and whose discourse is delimited by the logic of the market end up willing to participate meaningfully in the public sphere? How can students who have to work, sometimes full-time, fully commit to the betterment of society once they graduate?

I by no means wish to underplay the importance of employability. As professional educators we should never lose sight of how important meaningful employment is in fostering social cohesion. Still and all, even though we face enormous pressure to focus on enhancing employability and skills, we ought to still believe, especially in this historical conjuncture, that media and cultural studies constitutes an invaluable intellectual pursuit whose first task should be to isolate, analyse and challenge the ills of our socio-economic and political system. It would be ironic if it weren’t tragic that one of the most socially corrosive features our current socio-economic organisation is the degradation of meaningful employment, the slashing of real income, and the transformation of our workforce into casual employeeson zero-hour contracts. To powerfully intervene in this state of affairs in ways that look to the long-term rather than to the short-term logic of the neoliberal market, media and cultural studies needs to reorient its focus on teaching the political, the ethical, the economic dimensions of society and the media industry; we (ought to) teach the ways in which the media (ought to) scrutinise issues of environmental concern and sustainability; we (ought to) teach the role of the media in models of contemporary consumption and growth; we (ought to) teach how on balance the media tend to reflect rather than challenge fossilised notions of gender, race and identity; we (ought to) teach how the advent of digital culture is in a position to both enhance and curtail agency, collaborative endeavour and democratic participation; we (ought to) teach how at the heart of our preoccupation with innovation and growth ought to exist a deep and unflinching commitment to ethical considerations. In other words, we (ought to) try to teach media and cultural studies in ways that emphasise the role of the individual as part of a collective – as a citizen, as an agent and/or as a thoughtful consumer – within a world which, at least as far as communications are concerned, is markedly different from the world of only twenty years ago. Lastly, we (ought to) teach students to ask questions and to challenge; not to obey, not to be mere cogs in a relentless neoliberal machine; in short, and with all due respect to Sir Michael’s career, we should teach students to be better than he ever was in holding those in power accountable.

The above forms part of a series of conclusions we reached at a day-long gathering my colleague Patricia McManus and I organised at the University of Brighton in May 2016. ‘The State of our Disciplines’ gathering was inspired and informed by the work of Natalie Fenton, Gavan Titley and others in the European Journal of Communication (2015, 30 [5]). Delegates, including Fenton and Titley, reflected on the ways in which our sector ought to learn to disengage itself from the clutches of (neo)liberal democracy, and from the clutches of a superficial democratic imaginary that is crippled by metrics, targets and the dehumanising logic of the bottom line. To my mind, the central premise of Natalie Fenton’s new book, Digital, Political, Radical (2016) – that we need socialise the political and politicise the social – ought to constitute a starting point towards a meaningful re-evaluation not only of the concept of democracy in our disciplines and in the media industry, but of the very question of what it means to be citizens of a democratic polity in these dangerous times.

And, to be sure, these are dangerous times. A teacher in the Question Time audience (1/12/2016) intimated that he was upset because English was no longer the first language in the playground. To those who followed the Brexit campaign and who are now registering its influence on the British popular imaginary, such assertions are dangerously normalised if no valorised. It’s not entirely clear what the agenda of our so called liberal media is; it’s not entirely clear yet how (or why) journalists, editors, reporters, presenters et al. media practitioners cannot see how alarmingly similar our historical moment is to that of the 1930s. What should be very clear is that it is now more important than ever to have a media and cultural studies sector that is, first, capable of highlighting and castigating the trespasses, prejudice and bias of our media industry, and, second, a sector that has a clear sense of purpose and commitment to producing graduates whose innovations and contributions to society will be underwritten by an unwavering allegiance to the many and not to a select few. What the likes of Sir Michael Parkinson say should not bother us because this is no time to be polite; this is no time to be timid in castigating those in the wrong; this is no time to favour diplomacy over justice. And this, to my mind, is why media and cultural studies is still a crucial intellectual pursuit. And, definitely, not a ‘mickey mouse’ discipline.