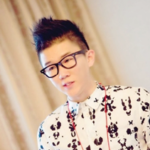 MeCCSA Postgraduate Network (MeCCSA PGN), the Participatory Communication Research section of IAMCR (IAMCR’s PCR), and the Centre for Digital Media Cultures (CDMC) at the University of Brighton joint conference took place at the Moulsecoomb Campus of University of Brighton on Friday 16th November 2018, which featured a first-time collaboration between MeCCSA Postgraduate Network and other international professional organisation in the field of media and communication research. Members of the MeCCSA PGN, Tianyang Zhou, Umar Suleiman Jahun and Emma Kaylee Graves, worked closely with Siddharth Chadha from IAMCR’s PCR and Dr Patricia Prieto Blanco, Senior Lecturer at the University of Brighton, to organise the conference. They were supported by the rest of the PGN and other members of IAMCR’s PCR Section, plus Elodie Marandet from the University of Brighton, who helped with the logistics of the event, and Chanelle Manton, who designed materials for the promotion of the conference (see figure 1 below).

The theme of the conference was, as the title suggests, participatory research and digital activism. Around this theme, the Post-Representative Participations conference proudly hosted two public Keynote Speeches by Dr Frauke Behrendt, Director of the CDMC at the University of Brighton and Prof Nico Carpentier from Uppsala University and Chair of IAMCR’s PCR. In addition, with delegates attending from the UK, the US, Sweden, Germany, Belgium and Turkey, the one-day conference provided a mix of content, including three panel discussions – “Participation and Activism”, “Participation and Social Media”, and “Discursive/Visual Approaches to Participation”. For example, the first panel chaired by Umar Suleiman Jahun was made up of three presentations and was brought together under the theme of “Participation and Activism’’. The first presentation by Christine Goding-Doty from University of Wisconsin-Madison presented her work titled Meme Magic and Whiteness IRL, which explores how memetic practices have been instrumental in revitalizing white nationalism in the 21st century as both a political project of racial empire-making and as a digital site of play and imagination. Khamis Ambusaidi, from the University of Leicester, discussed how online civic engagement via hashtag activism has been crucial in shaping the structure of the contemporary Omani society and government. Allison Hahn, from Baruch College (CUNY), presented her work on Nomads Protesting Digitally, examining the ways that pastoral nomadic communities such as the Maasai of Kenya and Tanzania, and the Mongolians of Mongolia and China are utilizing new and social media to engage in political protest and debate (see figure 2).

The session ended with a brief break, where participants moved to the Watts building the first public keynote speech titled “Mobile urban activism-creative and participatory practices of digital cycling” by Dr Frauke Behrendt, which touched the issue of how digital elements and cycling intertwined in urban activism, discussing the concept of smart velomobility (see figure 3). This was recorded can be found through the link below https://mediastream.brighton.ac.uk/Player/91471728

The second public keynote speech titled “Maximalist participation as the horizon to move beyond representation” took place at the Grand Parade Campus of Brighton university at Edward Street, within which Prof Nico Carpentier reviewed the sociological and political approaches to understand the concept of participation (see figure 4).

Bangor University will be hosting MeCCSA PGN Annual Conference 2019 on 1st-2nd July 2019. Bangor is known as a ‘City of Learning’ and its university can boast it fits this description. The university was first founded in 1884 with a mere ten members of staff and 58 students in attendance. Known at the time as The University College of North Wales it was not until 1893 that it became The University of Wales, Bangor and consequently one of the three original constituent colleges of the University of Wales. The university has grown exponentially since then and currently hosts over 11,000 students and 2,000 members of staff. In keeping with this exceptional history, Bangor still holds itself to the highest standards of learning today; the university is ranked within the top 40 within the UK in regard to research and the REF recognised that more than three-quarters of Bangor’s research is either world-leading or internationally excellent, ahead of the average for UK universities. Bangor’s School of Creative Studies & Media has particularly strong relationships within the creative industries sector in Wales, and also engages with the creative economy more generally, within the UK and beyond.

Conference preparations are ongoing and the Call for Papers is included in this issue of Three-D. The theme of conference is “Evolution”, which allows for a broad depth of proposed papers. The conference organising team has been provided with an event specific email, MeCCSAPGN2019@bangor.ac.uk is used now for communication purposes. Two keynote speakers have been confirmed – Dr Melissa Kagen (Bangor University) and Dr Lukasz Szulc (University of Sheffield). Dr Melissa Kagen holds a PhD in German Studies from Stanford University, an MA in Humanities from the University of Chicago, and a BA in Literary Arts from Brown University. She works primarily on Walking Simulators, intersections between immersive performance and video games, and creative mis-play. Currently she teaches most of the game studies and game design minors in the School of Music & Media. She is also working on a monograph, All the Ways in the World: Wandering in German/Jewish Opera. Dr Lukasz Szulc is a Lecturer in Digital Media and Society in the Department of Sociological Studies at the University of Sheffield as well as a Marie Curie Individual Fellow in the Department of Media and Communications at the London School of Economics and Political Science. He is also co-chairing LGBTQ Interest Group in International Communication Association. His interests include cultural and critical studies of media, sexuality, nationalism, and transnationalism. He has recently published the book Transnational Homosexuals in Communist Poland: Cross-Border Flows in Gay and Lesbian Magazines (2018, Palgrave) and co-edited the collection LGBTQs, Media and Culture in Europe (2017, Routledge).

MeCCSA PGN executive committee together with 2019 annual conference organizing team, including Eoin Murray, Isabel Vincent, Jordan Glendenning, Kate Stuart, look forward to welcoming you to our 16th annual conference in July 2019 and introducing you to the sights and sounds of Wales and Bangor University.