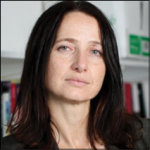 An election special and what a lot there is to say! As I write this we are less than two weeks away from the General Election and the consequences for Higher Education could not be more profound. Another 5 years of a Conservative government will see Universities obliged to sponsor academies and free schools if they want to charge the higher rate of tuition fees. So ultimately student debt will be paying for the privatization of our schools – now that’s what I call joined up thinking! Along with a firm undertaking to continue to count overseas students in the immigration numbers (adding to the visa nightmare of so many students who increasingly feel unwelcome), these are manifesto pledges set to make life yet more testing for universities. On the other hand, a Labour government will see tuition fees scrapped which will presumably begin the reversal of privatization in our institutions. They could not be more different in outcomes.

The General Election has also fore-grounded the importance of our field. If you’re relying on the much of the mainstream media to inform you about your electoral choices, research in our field shows just how problematic this. Then there’s personalised advertising configured through big data and pushed out on social media with bots doing their worst. Media, Communication and Cultural studies have never been more important. To make sure prospective students know what degrees in our field entail MeCCSA commissioned a short video that is now available for your use, accessed via our website. The Media Education Association has already distributed it to over 700 schools.

With the excitement of electioneering going on you’d be forgiven for thinking that REF2012 has gone away. Well, not quite! The snap election may well mean that we don’t get the details of the REF 2021 system until the Autumn, but many Institutions are already mired deep in preparations. MeCCSA made a submission to the HEFCE consultation on how the Stern recommendations (that seek to end gaming of the system through assessing all staff on research and teaching contracts and stress quality output over quantity) can be put into practice. We have also been speaking to HEFCE about the configuration of unit of assessment 36 with the snappy title ‘Communication, Cultural and Media Studies, Library and Information Management’.

The executive committee have also been busy representing our subject areas through talking to the ESRC and AHRC about research funding. After doing research (led by John Downey) into the number of research council funded projects in our field we went to visit RCUK to argue for MeCCSA subjects to be better classified and the funding remit between the research councils to be more clearly defined. We are continuing to work with RCUK to look more closely at what they fund and try to ensure that MeCCSA subjects get a fair deal.

And in a world where insecurity and uncertainty prevail the responsibility of academics to question, critique and debate could not be more important. Yet we have been reminded this year just how fragile this freedom is for many around the world and in particular in Turkey. We wrote to the Minister of National Education in Turkey, Professor Nabi Avci, expressing our alarm and condemning the attacks on academic freedom brought against scholars who signed a call for peace criticizing Turkish military operations within the country. We also wrote to the Hungarian Minister for Human Resources (and copied to several EU MPs) in support of CEU and to express concern at recent legislative changes that infringe upon their academic freedom. You can read a response from a German member of the European Parliament in this issue.

In difficult times our conferences remain forums of debate and engaged dialogue over critical contemporary issues. Huge thanks go to all at Leeds this time round for hosting a really great event. Our Postgraduate Network has their conference at Goldsmiths on the 26/27 June – spread the word!